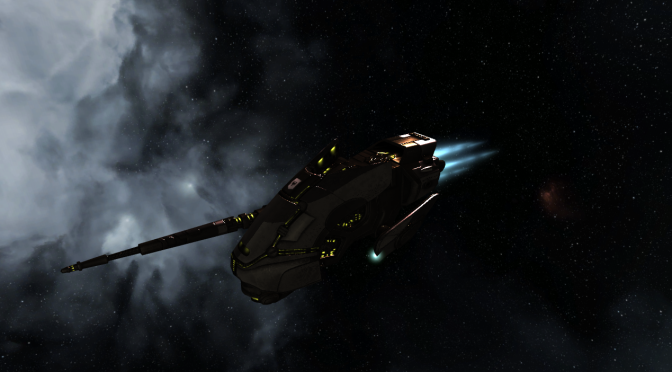 So I got popped – and podded – on a gate in Placid low sec yesterday night. All part of a regular night out in Eve, you might say, but I have the niggling feeling that I did something wrong. Also, I was really eager to try out Iddo Cohaagen’s scram kiting Rail Incursus fit (excellent video tutorial here), and they popped me before I could get a single fight out of the shiny new Incursus I had fitted out in Stacmon. Finally, the gate campers consisted of just two or three ships – only two cruisers on my killmail, although I seem to recollect a third ship on grid.

In any case, I logged off for the night. Or at least, I wanted to but I could not due to the combat timer. Smart move, that, on the part of CCP – now that I was forced to sit out another 15 minutes, I chatted about my loss with my corpmates, started looking at some more fits, and generally lost most of my bad feelings towards the game and the campers by the time I could log off. There are probably other reasons for that logoff timer, but this was one powerful way in which it worked for me.

Other than that, it’s been a fairly quiet week in Eve for me.

I did not get that much playing time, and the time I had mostly went into one evening in which I got my first non-losing solo PvP fight (a draw – my kiting Tristan could not break the tank of one of the Amarr AFs, but he could not catch me either) and lost my Tristan a bit later while being bait for a small gang fight against the good sports in What Could Go Wrong. I was the only loss so op success, there, and Slate made sure I got the loss back in the form of some loot. A very fun night.

Other than that, my trading operation grew from 1.1 bil to 1.3 bil this week, which is nice, but I am seeing some slowdown in the growth. I seem to be levelling out at about 20 million profit per day, which is not bad given the very small amount of time needed to keep things running, but it is still not enough to reliably plex my account, which is of course the End Goal of this whole trading thing. So that leaves me pondering whether I should branch out into more trade items (rigs? faction cruisers?) or whether I should think about setting up an additional trading post in another station… I will try diversifying into more items first, I think. Less effort!

There, now I’m all grown up as a new capsuleer in Eve. I joined a couple months ago, completed the tutorials and spent a fair bit of time just floating around in high sec space, reading blogs and trying to figure out how to play this wonderfully complex game.

Then, as I was flying about one of the high sec starter systems, I was convo’ed by a recruiter for a small high sec corporation called Operation Wolf Pack. I had been considering joining a corp, and Eve Uni seemed like the logical choice given my complete noob status, but the application process looked a little strict and harsh, so I decided, hey, why not join these guys for a bit?

And so I did. I moved to their home system, bought some more Rifters and started training into the fits they proposed. Set up Teamspeak and learned how things worked in a small corp. All fine and good, the people were fun to talk to and I was learning things as I went along, mostly missioning and ratting in my barebones T1 Rifter. But then the wars came. Marmite first, then other corps joined them. I did not really understand what was going on, why were being “singled out” like that. It made playing almost impossible, though, because people just stopped logging in for fear of being blown up by war targets.

After a few weeks, I was at a junction – quit the game, or join another corp, where things were happening. I decided to apply to Eve Uni, because why not?

And so here I am, a proud member of Eve Uni’s Low Sec Campus. I think I have learned quite a bit by now, about the game and the meta game, about who does what and why, at least as far as high and low sec space goes. Null is another story of course, and some day soon I may wander down to the Uni’s Null Sec Campus to learn a bit more about life in null. But for now, I am content in Low, learning how to be a Pirate – Yarrrr!

So that’s what I will be writing about: my adventures in Eve, trying to become better at Solo PvP and figuring out new ways to enjoy this awesome game.