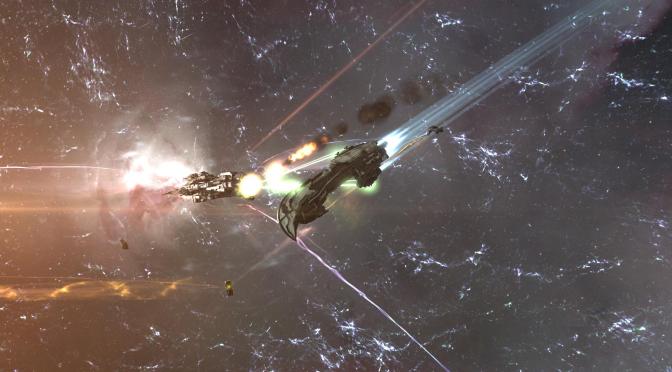 So, I seem to have forgotten to update this blog, haven’t I? Not to worry, I think I may take it up again.

Here’s a quick recap of the past few months in Eve for Lynx. He has…

And finally, he got a bit restless again. It’s finals time for many students and as a result, the wormhole campus is a bit quiet at the moment. My own game time is more limited than usual because of the Day Job… And a result of that, there’s not been much action for Lynx lately. Not enough time to go out and generate content by scanning and scouting our chain; nothing else being generated by other people either at the times I’ve been able to log on.

So, to cut a long story short, the solo PvP itch has returned. I am decidedly rusty, but I remember that before I moved on from lowsec I was getting the hang of things… and now, with all these new skills, I should be able to pick up the lost art of solo again pretty quickly. I hope. Fingers crossed.

In other news, I moved my market alt to Rens in an attempt to push my profits to the next level. Big failure so far. I just don’t have the time or will to babysit orders (I had been told the 0.01 game would not be too bad in Rens, but clearly that info was bad). Back to Stacmon or maybe Ichoriya, I think…

Since my last post here, I’ve seen some interesting evolutions in my gameplay. Let me take you through them one by one.

First, my regional trader became more and more successful; and at this point I am making more than enough money on this trading venture to cover all my main’s PvP needs. Still not enough to PLEX my account, but instead of pushing towards this goal, I decided to let it slip a bit and just enjoy the fact that I make hundreds of millions a month with just half an hour a week or so of effort. Can’t be beat, I would say.

Second, I started exploring more aspects of the game on my main, Lynx. He’s moved on to Null Sec first, and to my surprise it turned out to be not quite as scary as I thought at first. Bubbles, sure, but you learn to live with them. And not having gate and station guns really makes the game a lot more… “free”, if you will. You get a lot more options in null for PvP, lots more options on the tactical level as well… But for some reason, just a few weeks later I moved on to Eve University’s Wormhole Campus – the next level, so to speak. Why? Just because I could. I finally had the skills for a Covert Ops and a Battlecruiser, so no reason to wait, right? And I had never spent any time learning about exploration and wormholes.

So that’s my current challenge: figuring out how to live in wormhole space efficiently, getting the hang of scanning quickly and living without local, flying bigger and more blingy ships, and even running sites (imagine that, me doing PvE… that is a first).

In the meantime, lots of people in my old lowsec haunt have stepped up to start FCing and I have to say, I want to head over there again to join some of their roams, just to see how they are doing. One day I may want to do one myself, I think. But not just yet. A little while longer.